In this command tutorial, we’ll cover how to teleport in Minecraft PE aka Bedrock using the /tp command.

Command to teleport to another player

How to teleport to another player?

Enter this command in the chat: “/tp @p Herobrine” Replace Herobrine with the in-game name of who you want to teleport to!

The first command you may want to learn is to teleport yourself to another player. To enter a command in the chat you have to put the slash / and then the tp command which is really simple.

The above command teleports yourself (@p refers to the nearest player from the executor, in this case, yourself) to another player called “Herobrine”. Replace it with the in-game name of who you want to get teleported to.

Teleport to a position with absolute coordinates

How to teleport in Minecraft PE to a place with a command block? Have you ever questioned? Well, you can use the /tp command to get to a place instantly without walking. Teleport yourself and it will be instant!

In Minecraft, as in math, positions are measured with coordinates. The popular X, Y, and Z. To see the coordinates you first have to show them. In the game menu, go to settings > game and under world options, you will have to activate the show coordinates toggle. 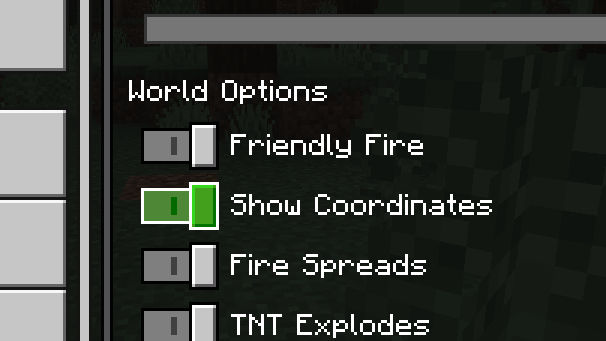 Get the coordinates of the place

Now go to the place and take note of the Minecraft coordinates. 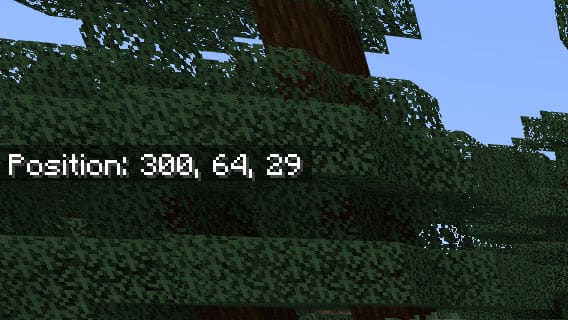 You can type the teleport command either in the chat or in a command block. You need to type the following command replacing 300 64 29 with your coordinates.
/tp @p 300 64 29 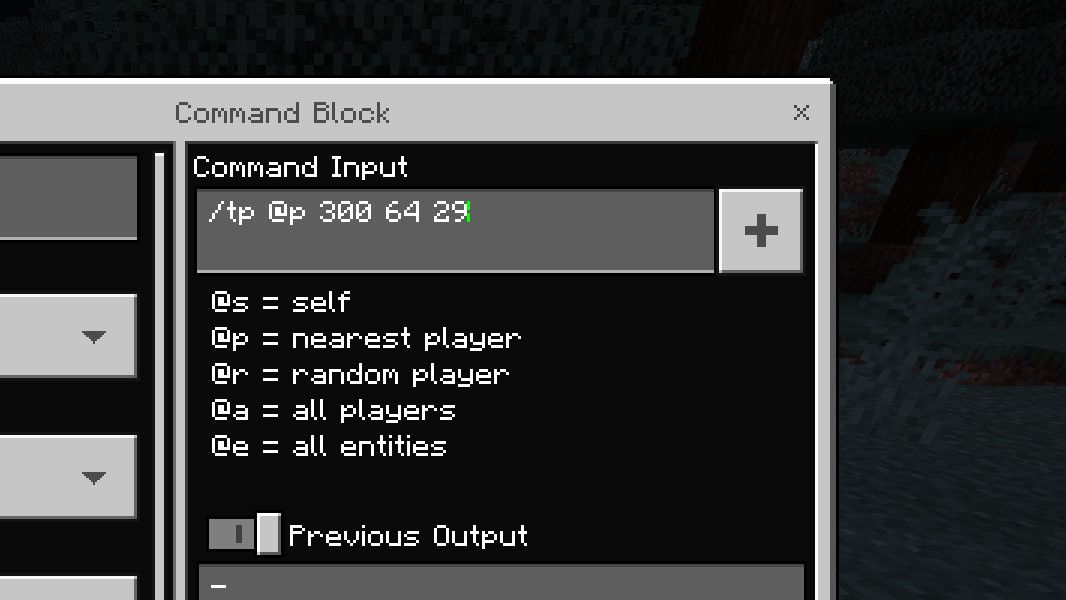 Teleport to another entity

The same concept can be extended: the command allows to teleport to entities. In Minecraft, an entity is anything like an animal, a mob or even arrows, and splashed potions are valid examples.

The above command teleports the nearest player to the nearest cow. The type argument is used to define the entity type like cow, skeleton, zombie, villager, splash_potion. The c argument, which stands for count is used to defined how many entities the selector triggers. In this case, c=1 limits it to only one cow among all the ones available in the world because you can only teleport to one entity at a given time.

You can, of course, do the opposite and teleport the cow to yourself.

Check out other Minecraft tutorials!

Now that you know how to use the teleport command in Minecraft PE, you can take a look at my command block tutorials for Minecraft!